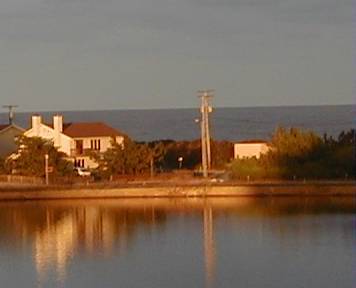 The Beach Access Fundraiser was a huge success, raising about $2,500 100% of which Sophie can apply to offset legal fees for her 11-year court battle to ensure the public's right to access the beaches everywhere. This was possible because of the generosity of Ron Rinaldi, owner of Red Fusion Bistro, who donated the space and the buffet for the event, and musician Karen Lee, who donated her performing talents. 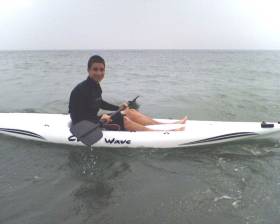 Off to explore the world. Simon Williams, 14, won the door prize at Sophie Bubis' Fundraiser, which was donated by Leo Clark, owner of Fitness Lifestyles in Asbury Park. Williams' grandmother told us that he has supported Sophie's battle for beach access for years and asked to attend last night's event. Nice that his ticket was picked, isn't it? Sophie was amazed and deeply touched by the turnout and response. But with a debt of about $90,000 she'll need lots more donations. So please send yours to Sophie Bubis, 1 Ocean Place, Loch Arbour, NJ 07711   Listen to Live Show from this Event now    Sophie has another trip to court, most likely in October, and we'll be posting the result of that hearing on this page.

Read the State Public Advocate's Guide to NJ Beaches - "New Jersey Courts have long recognized that every individual has a right to access and use our beaches, which are among the state's most cherished resources. This guaranteed right to access and use tidal lands, known as the "public trust doctrine," dates back to the earliest decades following the American Revolution..."  go to www.state.nj.us/publicadvocate for more.   The Office of the NJ Attorney General has filed an amicus brief in Sophie's lawsuit.

What is the Public Trust Doctrine? Download Your Poster Free  ~ Press Release

- This is NOT about scoffing beach badge fees!! This is about defending your rights under the Public Trust Doctrine, which prohibits private parties from owning the beach portion of their properties and denying the public access to the ocean.

Sophie's fight has been followed in the media. Please see Star Ledger Report May '06. Note: Sophie's fight is for the public's right. The beach house property owner, Jack Kassin, has offered Sophie permission to sit anywhere as long as she doesn't exercise her legal right to do so. That legal right would guarantee everyone's rights. Kassin also claims that the berm or artificial dune he's built to block her view in retaliation for defense of the Public Trust Doctrine is there to protect his property in case of a storm. However the berm is behind Kassin's building, which faces the ocean.

Who's on board with this? The new state attorney general has joined Sophie's lawsuit. And the Public Advocate has published a guide on beach access. We've invited Ronald Chen to speak on the 24th.

Would you like to communicate with Sophie? Write us.

Supreme Court of NJ Rules for Sophie Bubis!! In a 25-page opinion, the NJ Supreme Court, led by Chief Justice Poritz, the five judges ruled that the berm that Jack Kassin constructed on his property bordering Ocean Place, in Loch Arbour, constitutes "a fence" - not "a dune", as Kassin had claimed. As such, the fence violates the Village's 1887 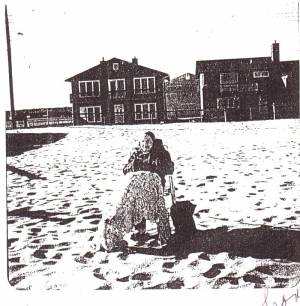 restrictive covenant and local zoning ordinance. The berm, which soars way above the legal limit of six feet, blocks the view of the ocean from some but not all of the houses on Ocean Place, a view they enjoyed prior to the sale of the village's beach club to the Kassins. Way to go Sophie!! Listen, too

Photos: Above Left, Sophie's house with berm in front in a current photo. Right, Sophie sits on beach in front of her home in 1980s, when no berm existed. Kassin's property is to the left of the photo.