I'd already weaned myself from a pack and a half a day down to one or two once in a while before bed or the rare half a pack to sustain a particularly intense bar side debate. I wasn't among the loyal smokers you see outside their toasty office buildings in the dead of winter, their naked fingers red with cold.

A friend of mine swallowed acid once immediately followed by straight, industrial strength grape syrup, procured from the college cafeteria over the Thanksgiving recess. His mind, he said, was a huge purple neon sign, blinking the word: GRAPE. When I 'quit' cigarettes I usually ended up bumming one to stop the flashing sign in my own head, the one that read: SMOKE.

Then one day the sister who kept me from the cold from the time I was born felt a lump on her neck, just below the left side of her jaw bone, and the lump was a lymph node, a little soldier who'd lost his battle.

The surgeon told me, instead of her daughters who might not be able to keep their composure until all the tests were conclusive and he knew and had the chance to tell her the prognosis, maybe six months or as much as two years. He said, "We removed it, but I'm sorry to tell you that it is malignant." Ever the journalist, I robotically scratched the words on a pad as if I'd ever forget them, "is malignant."

The cancer had a name - Squamous, from the Greek for scales - and a family - it came from a clan of skin cancers. But it had no beginning. A fairly ambitious search for the primary turned up nothing. Like a prowler who covers all his tracks, the cancer had left behind no clues as to how he had broken into my sister's body. And, without the beginning there could be no end. This the surgeon conveyed to her while her daughters and I stood by her side. She was so much calmer than we were. "How long?" she asked, in a voice that said, don't screw around. I've never taken myself very seriously until just now. 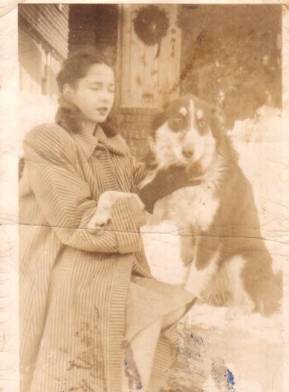 "I honestly don't know," he said erring on caution.

She never challenged authority until now. "Are you sure?" There was a nervous laugh. Then, "I mean there wasn't a mix up of the slides, the biopsy sample?" He smiled and just shook his head. "I ask only because you told me you checked every inch of my body and so far..."

"There's no evidence of the disease anywhere else," the surgeon agreed. "Unfortunately, there may never be."

That was it. She never shed a tear. She was on to the next step. What test did he want now? Whose office was she expected at and when? Resignation was a familiar role for her, one she'd learned well through three unplanned pregnancies in three years. People were expecting her to carry out some discipline, a routine, an accepted form of behavior. She was capable. She'd get on with it. It didn't matter that there would be no squirming bundle of joy at the end of this ordeal.

In the courtyard outside the medical building, we collapsed onto a stone slab bench. My sister and her two daughters lit up. I noticed she still smoked the ones with the flowers on the tips. Two years from that day, in New York, nighttime, on our way to see "42nd St." she had to stop and catch her breath. I teased her that she could take bigger gulps if she opened her lips, which were clamped around those flowers. That made her laugh, which made her cough, but still the cigarette hung in there on her lip. "It's the night air," she gasped, gulping mouthfuls of it. "I've never done well in the cold night air."

"Please, not the story about Florence McKenna and the open coat." She started to laugh at this. "And how she caught the pneumonia, god rest her soul..."

"You dirty heathen," she laughed between hacks.

"And what are these, darlin'?" I said pointing out the flowers. "Isn't that thoughtful to supply the flowers along with the poison, eh?"

But I didn't really completely stop smoking, despite my hypocritical criticism, until that summer she was diagnosed. Ironically, it was her very dedication to cigarettes that infuriated me - not toward her - toward the tobacco companies. They didn't make their billions off the disloyal ones like me. No, they needed do or die smokers like her. Think of it. How much can you charge for a cigarette, 20 cents? Most of the cost of a pack goes to taxes. You have to sell a lot of cigarettes to make a good profit. You need good loyal people like my sister.